A downloadable game for Windows

Infinite Prime aims to be a casual retro-inspired, nostalgia-inducing plat-former game. It does so by combining those familiar platforming mechanics and pixel-art graphics with some retro-game references, plenty of random elements and a really solid game-feel. 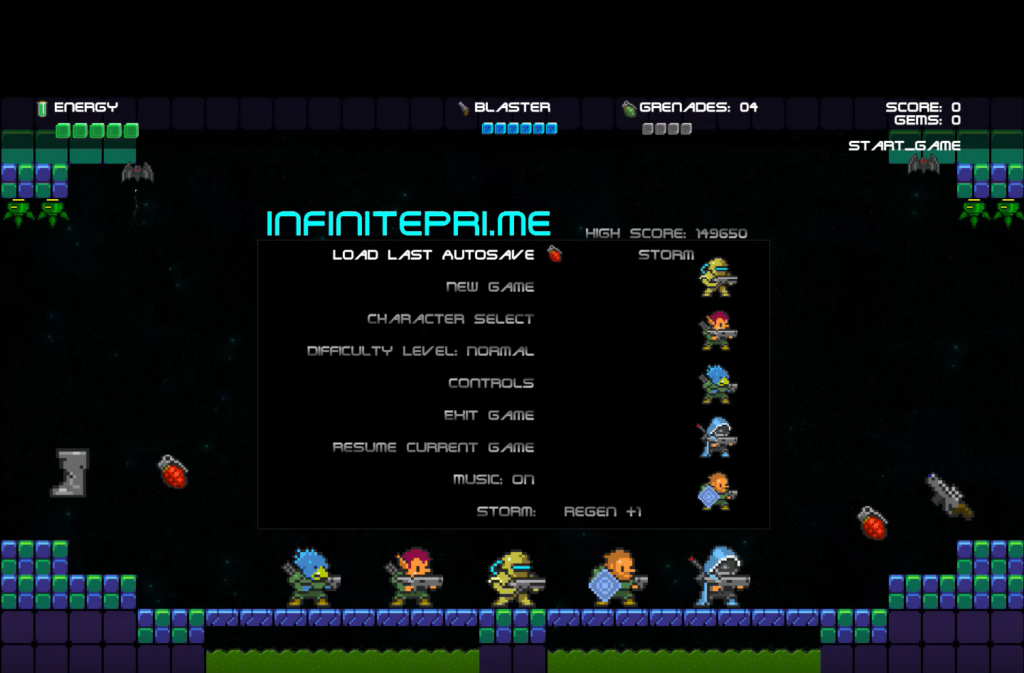 Story
The story is, your team of 5 space-heroes has arrived at planet prime to save the galaxy from an evil cyborg named Infinite Prime. Prime is building a super weapon to destroy your galaxy, and you have to stop him. As you search for Prime you’ll meet face to face with his army of thugs, and vile creatures. Along your quest you’ll meet agents of the galactic federation who give you game-play tips and reveal the story in a fun way that will never slow down your progress. 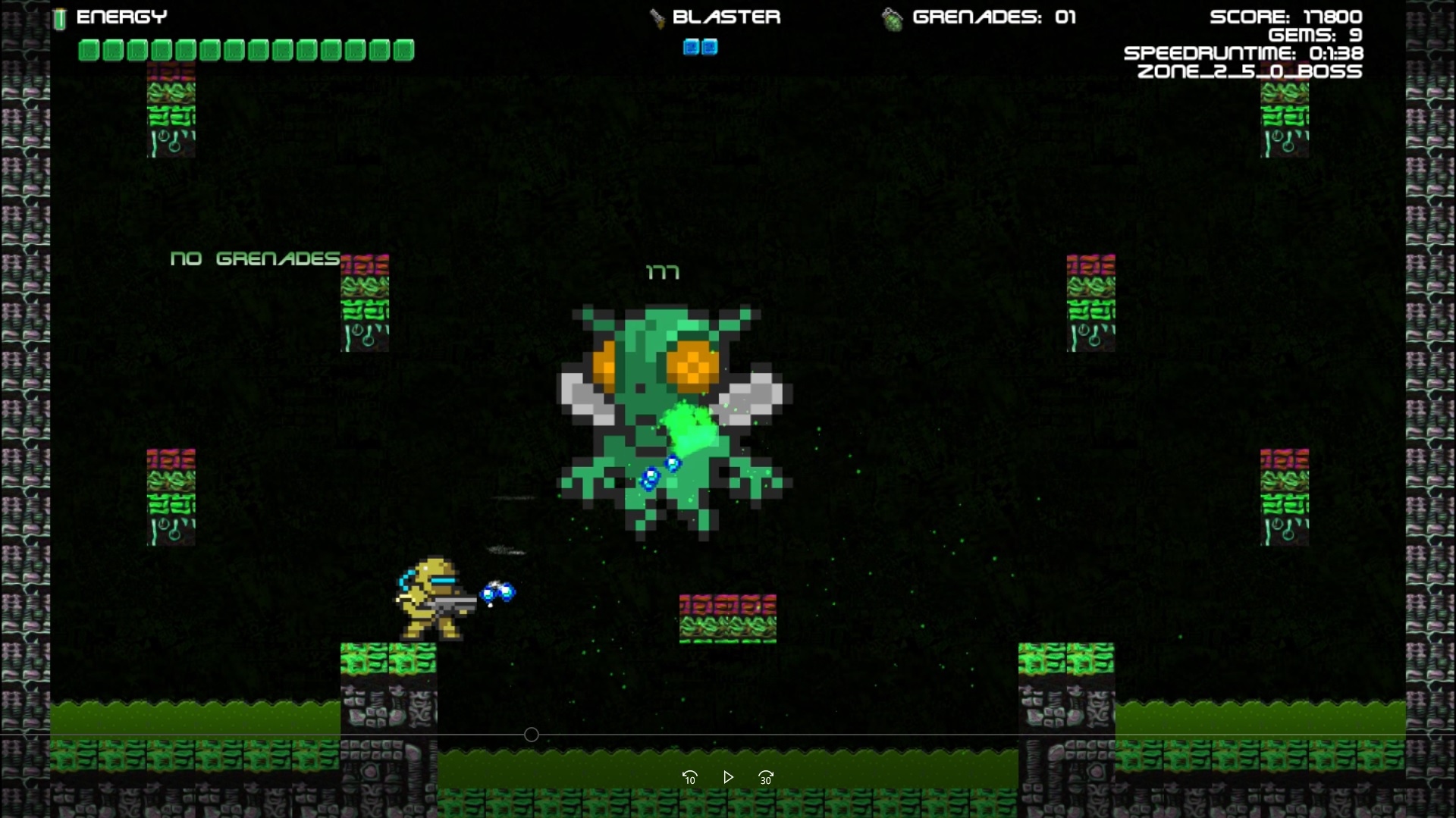 Characters
As you start the game you can choose from 5 characters, each with their own set of perks like additional regeneration abilities, increased attack power, and high jump. You can switch between these characters at-will during your quest either for fun, or to ease your passage through certain places.

Weapons
You primary weapons in the game are a laser/blaster gun and grenades. Collect blaster power-ups to temporarily enable heat-seeking and larger blasts from your blaster. Grenades regenerate slowly but can be collected from enemies when they perish. Managing your ammo level is important as you’ll need grenades to shoot straight up or down, because your blaster shoots straight or diagonals. This mechanic helps to balance the game-play. Thankfully when the heat-seeker kicks in you can quickly dispatch a whole room of baddies.

Enemies
You wouldn’t need those powerful weapons if the enemies weren’t challenging to deal with. You’ll fight jet-pack thugs, giant bugs, aliens gunners, tough guys with shields, and two pixel art bosses that might just have you throwing your controller across the room.

Platforming
The platforming in the game is quite challenging at times, as well. Levels include instant-kill spikes, and tricky passages where you one stray bullet could easily knock you off a platform to your death. Pattern memorization is key to continue your progress. You won’t worry much about dying because there are infinite lives, and the game auto-saves as you complete each small section. It’s more of a chuckle and smile when you die, feeling more like those tricky Mario Bros levels where you really have to memorize the patterns. You will definitely die a few times until you’ve memorized the rooms and the patterns.

Controls
The game has full game-pad support including rumble/vibrations. The game also supports keyboard only, and keyboard + mouse configurations. There are multiple keyboard keys setup for certain actions to allow better use of the mouse+keyboard option. You’ll find yourself happiest mashing away at the fire button on it your Game-pad, making it the preferred control scheme. The game-pad mappings can be turned off if you’d like to use a third party tool to remap the buttons. (we recommend joyToKey) In the full release I do plan to include a in-game customization of the game-pad layout.

Level design
The bright and colorful level designs draw a lot of inspiration from old classic NES titles like megaman, metroid, mario, kirby, kid icarus, but with the gameplay feeling probably closest to megaman. (™) Each section aims to be short enough to complete in 30 seconds to a minute, but may require a handful of tries to clear. There are destructable walls and hidden energy cells and power-up items to find which works well to enhance the feeling of character progression. Item shops allow you to purchase potions or upgrades to progress your character.

Music and Audio: As both an audiophile and a musician it’s been a really great experience for me to build the audio for this game. The soundtrack is chiptune and electronic and varies quite a bit from scene to scene in the game. If that’s not your thing, music can be turned off from the pause menu in the game. The sound FX are also a mix of synth and chiptune based sounds which makes for a fun and nostalgic experience. I’ve used an app called Caustic to create some music tracks but primarily I’ve been working with the pocket operator PO20 arcade synthesizer made by teenage engineering. It’s a crazy little chiptune synth that’s the size of a mini calculator! As an avid guitar player I’ve also been working on some guitar audio to sneak into the Easter egg areas before the game’s full release in December. These tracks will be blues and psychedelic rock influenced but I wouldn’t count out some slammin’ metal riffs for additional boss battles.

Difficulty levels
The game is quite challenging for me on normal, but I consider myself an average player. The game includes a normal and an ‘insane’ difficulty level in which you start with less energy and grenade storage, and there are more enemies to deal with. In ‘insane’ mode grenade-storage upgrades give fewer buffs, and regeneration is slightly slower than in normal. The difficulty can also be modified slightly by character selection which helps to enhance the variability of the challenge in both settings. For instance if you play as the Old Man you’ll have faster regen and enhanced blaster range and power. Whereas if you play as the Bird, he has no regeneration. A Ninja and an Elf both with high jump are playable as well. The main character Storm is the default has standard jump, blaster, and regen.

Random Elements
To keep things fresh on each play-through the sections of each zone appear in random order as you traverse through portals on planet prime. Enemies randomly drop health, ammo, or gems which can be used to purchase permanent upgrades or health potions that kick in right when you need them to. Enemies themselves are somewhat randomized as their placement may vary from one visit to another within a section. This means you may get a favorable pattern over an unfavorable one after you die and re-spawn. This is especially meaningful for spike-traps that move around and can instantly kill you as you try to sneak past them. When you revisit the room the trap that killed you might not be there at all, or maybe it’s in a different spot now, either way probably a good thing.

Easter Eggs
I’ve programmed a feature where very very rarely an enemy will drop a portal door when they are destroyed. You’ll have to go through one of these portals to find out where they lead, because I don’t want to give any spoilers, but I will say there are a few already, and I plan to develop a lot more for the full-release planned for December 2020.

Speed-run Timer and High score tracking
I’ve created a no-progress-loss speed run timer built into the game. This means that if you die in a section, you’ll re-spawn at the beginning of the section and the timer will rewind back to the moment you entered the section. Knowing that games are often speed-run I felt this was a great feature to implement to help people work on their times without stressing about having to restart the whole game each time. The game also has a score system, and stores your high score locally on your computer. For the full release I intend to implement a web-server to track the top high scores and speed run times to be displayed in-game and also on the website.

Plans for the future
I’m really happy with how the game feels so far, so I plan to stay true to what’s already existing and create several more zones and bosses and many Easter-eggs and funny story moments. For now the game has about 25-30 minutes of Gameplay – if you can manage to play through flawlessly. My goal for the full release will be 60+ minutes of game-play start to finish. As time goes on throughout the year I’ll continue working to build a fan-base using social media and this site. I’ve established a Discord server and Twitter account to help promote the game, and before the full release I intend to enhance this website to create a bug-tracking/enhancement tracking forum for open-game discussion.

Steam Release
I’m hopeful to release on Steam in December 2020. This is my first commercial game, and subsequently my first Steam release. I plan to get the Steam listing setup in October so that there’s time to get the word out for wish-lists. If you liked the demo, please consider playing the full release when it becomes available.

Nintendo Switch release
I have very high hopes to eventually land this title or a follow-up title on Nintendo switch. Opinions on the internet are that Nintendo is opening up more to Indie Developers, but is still being pretty strict about who gets to launch on their platform. This will make it difficult for a single-developer team like me to launch, but it doesn’t hurt to try. Personally, I respect the high standards that Nintendo is maintaining for their software platform, as ultimately it will keep the platform from getting clogged with low quality titles that could make quality games harder to find while browsing or searching for a game to play. The plan for now is – Get this on Steam, get as many downloads as I can, maintain a community around the game, and once it’s well-established… make the proposition to Nintendo and hope for the best.

Sequels and Follow-ups
I plan to support development of the game following release for bug fixes and enhancements requested by the players in the community. This may even include a Mac or Linux release. I also plan to re-use this engine to create a sequel, or several sequels that could also be free or low-priced titles.

Thank You
A very special thanks to you, for taking an interest in the game, playing it, or providing your input and support of the development. Without you, it’s pretty pointless to make a game., but more than that… Knowing that players are enjoying my game gives my life purpose and meaning. I’ve put literally hundreds of hours into this, and I really hope that people enjoy it.

Download
Please check it out, and let me know what you think about the game!
Thanks so much!

1)  Download the Zip file to your 64 bit Windows PC
2) Unzip the file using any compatible unzip application
3) Run the InfinitePrime.exe to start the game. 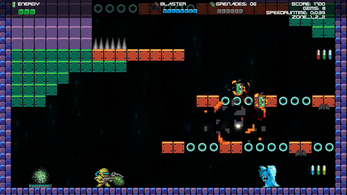 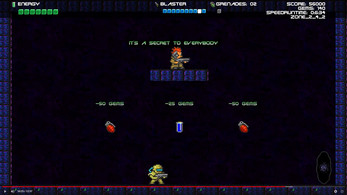 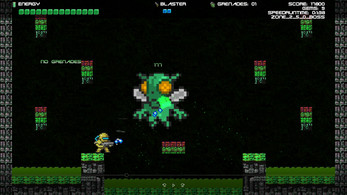 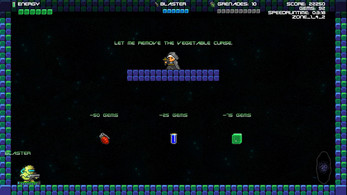